Do Goldfish Grow to the Size of Their Tank? Fact vs Fiction 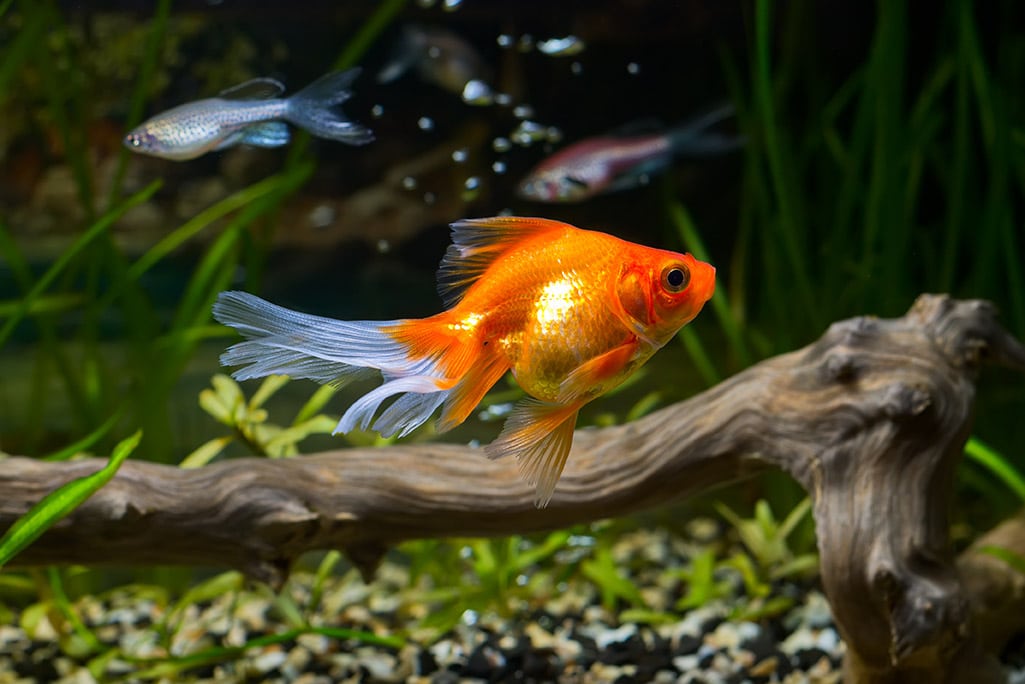 The battle between people who believe goldfish require large tanks and people who believe they can happily live in small tanks constantly rages, with both sides bringing arguments for or against to the table. One of the most common arguments you hear for keeping goldfish in smaller tanks is that goldfish won’t outgrow the size of their enclosure. Which many people think sounds ridiculous and like something that is not at all based in science. After all, the size of a goldfish’s tank can’t impact their growth to that extent, can it? Let’s separate out the fact from the fiction about whether or not goldfish grow to the size of their tank.

There are actually multiple factors that influence the growth of goldfish, and the size of the tank is far from the only one. Water quality, nutrition, stress levels, and health status can also play big roles in how large a goldfish grows to or how small it remains. To a certain extent, goldfish will grow to the size of their tank, but you have to understand the mechanism of action that causes this effect for there to be any chance of it happening in your tank.

What Causes This to Happen?

Goldfish have two types of secretions that can impact maximum size in an enclosed environment. One is growth-inhibiting hormones, like gamma-aminobutyric acid (GABA), and the other is pheromones, like somatostatin. Both of these things are secreted by goldfish into their environment, which they then absorb systemically, stunting their growth. Goldfish are one of very few fish that have the ability to do this.

If you’re thinking that it makes sense that goldfish would self-limit growth in small environments, then you’re half right, evolutionarily speaking. While it’s likely that goldfish developed this ability in part to ensure they don’t outgrow a small environment if they become trapped, they also developed this ability to stunt the growth of other goldfish. Namely, male goldfish want to stunt the growth of other male goldfish, giving themselves the evolutionary advantage of a larger size to outcompete smaller males for spawning rights.

Now, apply this knowledge to your aquarium. It’s a small enough environment to allow for the buildup of hormones and pheromones in the water, which, in theory, should mean that your goldfish won’t outgrow the tank, right? Well, not exactly. Why? Because you perform water changes in your tank. Every time you remove water from the tank, you’re removing hormones and pheromones with it, and you’re obviously not replacing them when you add new water to the tank. After a water change, the concentration may have decreased significantly or only slightly, depending on the size of the tank, number of fish, when the last water change was performed, and amount of old water removed from the tank.

Will Allowing Hormones and Pheromones to Build Up Harm My Goldfish?

No, allowing these hormones and pheromones to build up in the tank won’t directly harm your fish. However, what can and will harm your goldfish is poor water quality. Infrequent water changes allow for the buildup of waste products, especially nitrates, and the build-up of solid waste like poop and uneaten food. The more these things build up in your tank, the worse your water quality becomes and the more likely your goldfish is to experience negative health effects.

It is possible to find a balance between few enough water changes to allow for hormones and pheromones to become concentrated in the tank and frequent enough water changes to maintain good water quality, but there really is not an exact science to tell you how to do it. Your top priority should be maintaining water quality, so always make your tank cleaning and maintenance plans with this goal in mind.

Will Stunting Growth Harm My Goldfish?

Currently, there is no definitive science that indicates that allowing your goldfish’s growth to be stunted is harmful to them. Some goldfish are naturally small and will stay small, even if you have them in a 200-gallon pond, while others may continue to grow, even in a tank that’s on the small side. Either way, these fish will grow and develop properly, barring underlying health conditions.

Some people are concerned that allowing growth to become stunted may allow for the external body to stop growing while the internal body continues to grow, leading to organ enlargement and failure. Even though it’s not proven either way, it’s likely that the growth stunting will affect your goldfish overall, not just externally, since this is an evolutionary development that can be beneficial to the fish.

Goldfish are far more interesting fish than they are often given credit for, and their ability to induce stunted growth in enclosed environments is fascinating. It also allows for leeway when choosing a tank for your goldfish. Goldfish can happily live in almost any environment as long as they have proper filtration, aeration, and water quality. Allowing your goldfish’s growth to become stunted isn’t cruel or dangerous as far as science has shown. However, you have to balance this with maintaining a healthy tank environment with high water quality to ensure your goldfish is healthy and stays with you for a long time.

Brooke Billingsley spent nine years as a veterinary assistant before becoming a human nurse in 2013. She resides in Arkansas with her boyfriend of five years. She loves all animals and currently shares a home with three dogs, two cats, five fish, and two snails. She has a soft spot for special needs animals and has a three-legged senior dog and an internet famous cat with acromegaly and cerebellar hypoplasia. Fish keeping has become a hobby of Brooke’s and she is continually learning how to give her aquarium pets the best life possible. Brooke enjoys plants and gardening and keeps a vegetable garden during the summer months. She stays active with yoga and obtained her 200-hour yoga teacher certification in 2020. She hosts a podcast focusing on folklore and myth and loves spending her free time researching and writing. Brooke believes that every day is an opportunity for learning and growth and she spends time daily working toward new skills and knowledge.

Where To Buy Overose's Croissant Candle In The UK

New Macbook Pro 2021 models expected to be revealed this September

Act now! Apple AirPods Max is $120 off for Cyber Monday, matching its lowest price ever

Cyber Monday Beats deals 2021: Save up to $200 on today’s hottest headphones