Do Dogs Remember Who Their Mother Is? (and Vice Versa) – Based on Science 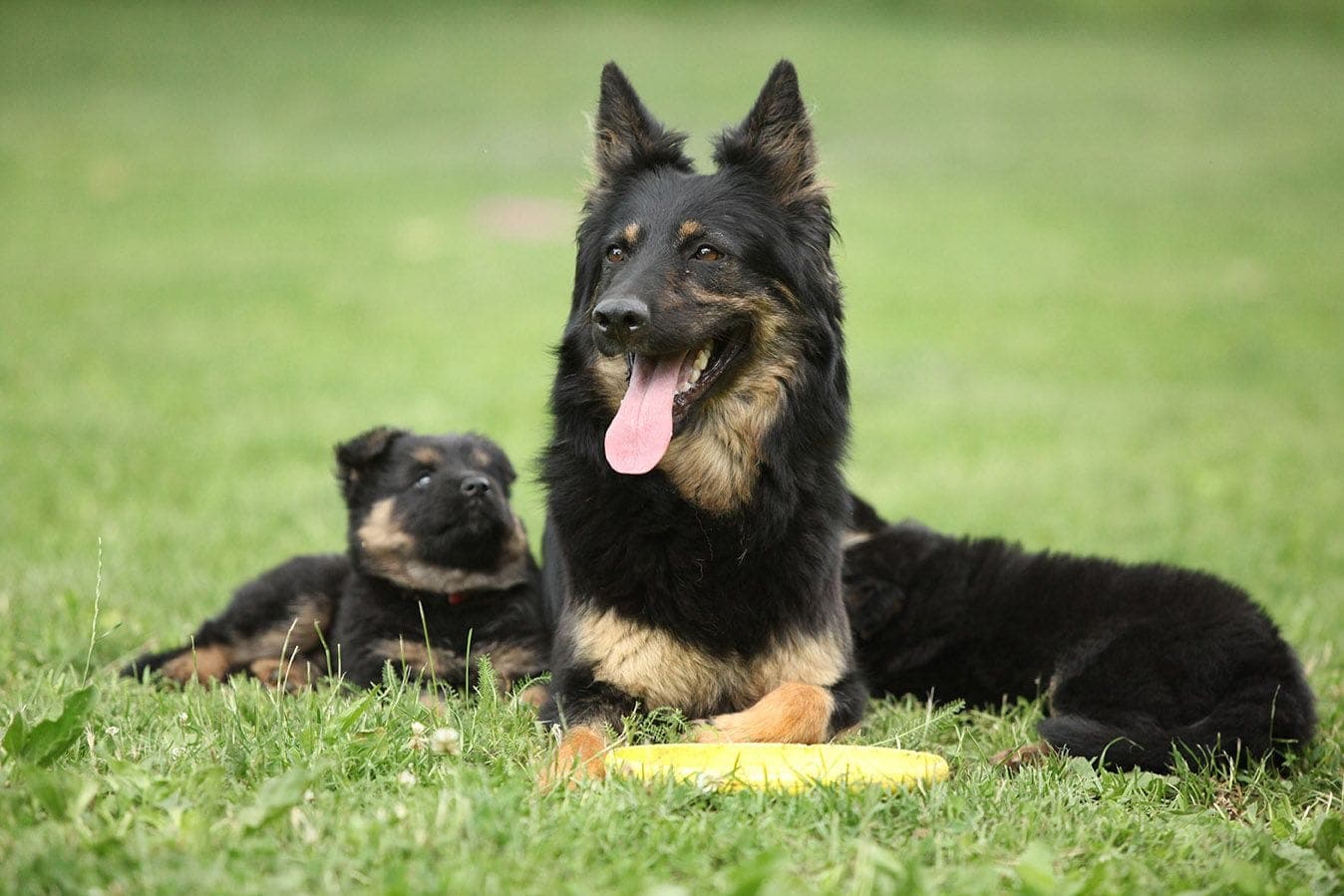 Most pups do not live alongside their mother for long. They are usually separated at around three months old. But do puppies remember their mothers and mothers their puppies after separation?

Dogs can develop a mother-child bond early on because pups are usually heavily reliant on their mothers for food and safety. Thanks to this bond, dogs do remember their mothers through scent. Research suggests that a canine can remember its parents up to two years after separation.

Here’s a concise finding based on all research and studies about a dog’s ability to remember the mother, offspring, and siblings.

Do Dogs Remember Their Mothers?

Humans understand no love is like a mother-child bond, the reason every May, whether young or old, people pause to remember and honor their mothers. But what about the bond between a mother dog and her puppies?

Dogs are social animals and follow a pack hierarchy. These creatures don’t socialize, perceive, or memorize events in their lives as humans, so their concept of memory is a lot different than humans.

Some canines remember their parents, especially the mother, but some just don’t.

A dog’s nose has close to 300 million olfactory cues compared to a human’s 6 million. This means that a pup’s ability to discern different scents is almost 40% greater than a human.

Puppies can pick on their mother’s smell early on before separation and can use it to recognize their parents if they meet.

These animals also possess associative memory of repetitive events at best. Nevertheless, it helps them remember their favorite things, which means that the short time together gives mom dogs and her puppies some memory.

Puppies and mothers retain information about each other for close to two years. So, it only makes sense that if dogs can recognize their mothers, they can remember them as well.

Will Dogs Always Remember Their Mother?

Since dogs can recognize and remember their mothers after a two-year separation, will they remember them long after that?

Well, a dog is capable of carrying its mother’s memory from infancy to adulthood. It does so by recognizing a particular scent.

If you present an adult dog with a cloth with its mother’s scent on it, it’ll spend more time sniffing the specific cloth than a random one. Again, this is because something about the cloth feels familiar to it.

Do Mother Dogs Remember Their Puppies?

Humans may have imposed limits on domesticated dog’s freedom, but mother nature has provided means for mom dogs to recognize their young still.

A bitch (female dog) can recognize its offsprings after many years, and it has little to do with memory.

Domesticated pups rarely get an opportunity to live with their puppies for years as wild dogs, so their relationship may not be that profound. Plus, a dog’s long-term memory isn’t as developed as in humans.

But thanks to a biochemical process known as imprinting, dogs can form mother-puppy bonds. An essential player in this relationship is a “love hormone” known as oxytocin.

Imprinting makes scent and appearance to be psychological triggers for dogs. This promotes a sense of familiarity between a bitch and its offspring long after maternal instinct has faded.

The more positively intense a formative experience is (especially the critical initial two months of their lives), the stronger the imprint, and so is the bond.

The answer to a mom dog’s ability to remember its puppies is highly dependent on how long and proper her formative period with the pups was. If they had been together for up to four months, they’d likely form a lasting bond. However, dogs also have dysfunctional families that can be traced back to their formative years.

The ability of dogs to bond can be impaired if puppies are weaned from their mothers too soon. Or if they experience a chaotic environment during the sensitive formative period.

Bonding is not always the same for dogs that have had a bad experience and faced severe conditions during the formative stages. Don’t ask whether a mother and her offspring will remember each other in the future because trauma interrupted their bonding.

Frequent interruptions in their early lives will inhibit complete imprinting. This is because traumas encountered during a dog’s early life cause aggressive and antisocial behavior later in adulthood. That’s why mother dogs have been known to kill their offspring in harsh-enough conditions such as starvation and predatory states.

Signs a Dog Remembers Its Mother

Family reunions are not the typical hugging and greetings among dogs. They do not squeal or leap when greeting each other happily, but there are ways to show they are pleased.

Observe if your dog looks relaxed when in the presence of its mother. It’ll show co-occurring signs like a low tail, upright ears, and a slightly opened mouth with the tongue hanging.

You may notice the pup approach another dog with an alertness that feels like they are checking things out. The alert pup will display a straight horizontal tail with its ears pointed forward, eyes widened, and mouth closed. These signs show that a dog is relaxed, at peace, and very approachable.

A play bowing dog is assuming a playing position to invite another for playtime. You may notice its hindquarters up while the front legs stay down as if bowing.

They bow so quickly before breaking into a jumping, running, and play. Such dogs will keep their tails up and wave them enthusiastically as if inviting. Their mouths usually stay open with the tongue hanging.

Watch your dog’s stance when it approaches a particular pup. For example, you may notice when it’s submissive to a dominant dog.

A dominant pup will assume a stance that shows that it’s alert, such as leaning forward and standing tall on its toes with the legs staying stiff. It’ll let the tail out and straight, with the ears pointing forward and the lips curled.

Another dog will assume a submissive posture when greeting the dominant dog by flipping onto its back and exposing the belly. The submissive pup will tuck its tail. Its ears will be flat and point backward while the mouth and eyes remain closed. This shows that it’s a happy reunion, and the two may start playing.

Will Male Dogs Mate with Their Mothers?

Don’t assume that mother dogs and their male offspring won’t mate because they can recognize each other. As much as the thought of a mom dog mating with its male offspring is cringe-inducing, the two can mate and even conceive.

However, the fact that a male offspring can mate with its mother during their reunion shouldn’t be taken as evidence that they have failed to recognize each other.

They might be aware of their familial relationship, just that dogs don’t demonstrate the same system of morality that humans have. The concept of incest is offensive to humans but alien to canines.

A dog may recognize its mother, but they’ll still mate because the reunion does not conjure up any taboo. Therefore, no thought whatsoever can stop it from proceeding with its lustful attempts.

What remains is that this romantic relationship between a mom dog and her male son will result in offspring with health issues. In addition, dogs should not be crossbred with their children or siblings to prevent issues like congenital disabilities.

When a mother dog meets her offspring in the flesh after many years of separation, you now know that they’ll recognize each other. They’ll use their sense of smell to remember each other.

And if you see them mating, just know that a dog is still an animal and does not have morality as humans do. Therefore, incest, taboo, and social moral constraints do not apply to them.

Happiness is a Hoodie From Rush Order Tees! - The Pet Blog Lady