Celebs Favor as November Winds Down


While you were helping yourself to a second plate of Thanksgiving leftovers, celebs were out and about doing what they do best: carrying their best bags and looking good doing it. This week, stars overwhelming reached for their holy grails, and we saw lots and lots, and yes, lots of Hermès. Plus, as November winds down and December begins, the temps begin to drop, and stars show off their favorite outerwear. I’m a coat gal myself, and this week’s bundle of celebs gives us an array of lust-worthy looks.

Stars show up and show out with their Holy Grail bags

Michelle Williams was spotted out and about in New York last week with a chic plaid coat and a Celine Triomphe Bucket Bag. The actress touched down in New York ahead of the 32nd annual Gotham Awards. The Gotham Awards honor independent films and their stars. This year, Williams received a performer tribute. 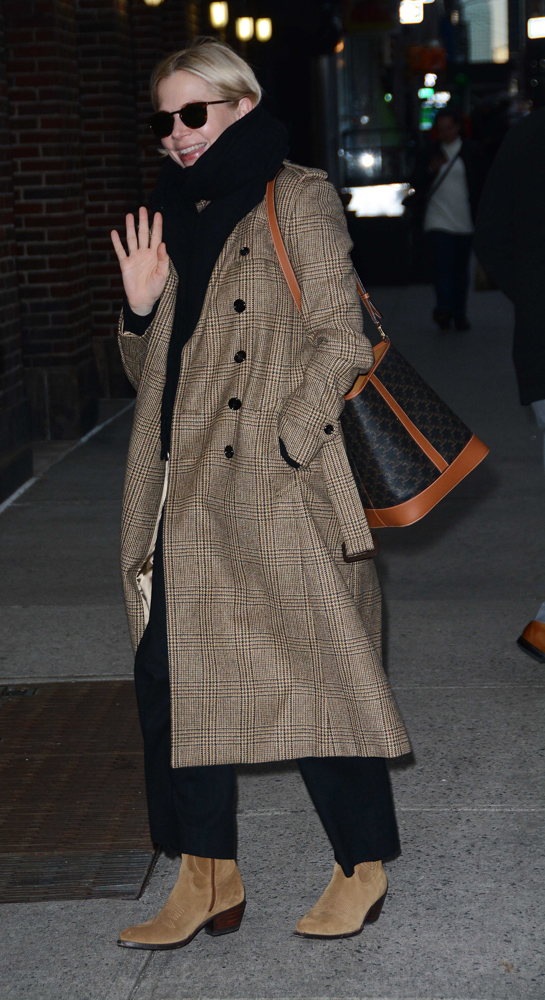 Claire Foy wore a sleek look for her visit to the CBS morning show in New York City. You can’t go wrong with a classic outfit formula of a black turtleneck, statement jacket, and jeans. The actress, best known for portraying the young Queen Elizabeth in The Crown, finished off her look with a Celine Triomphe bag. 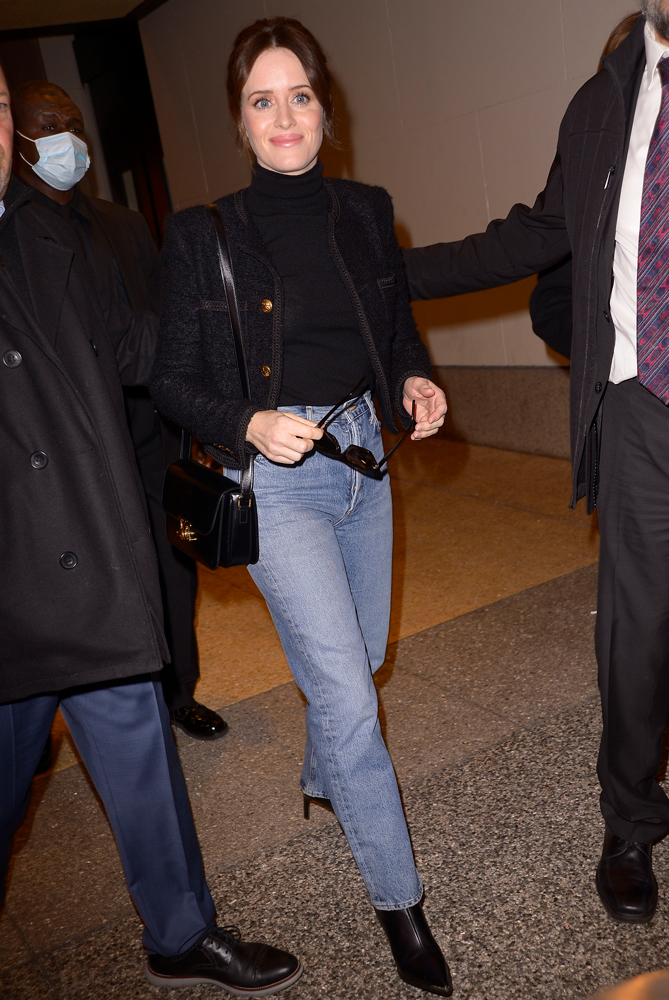 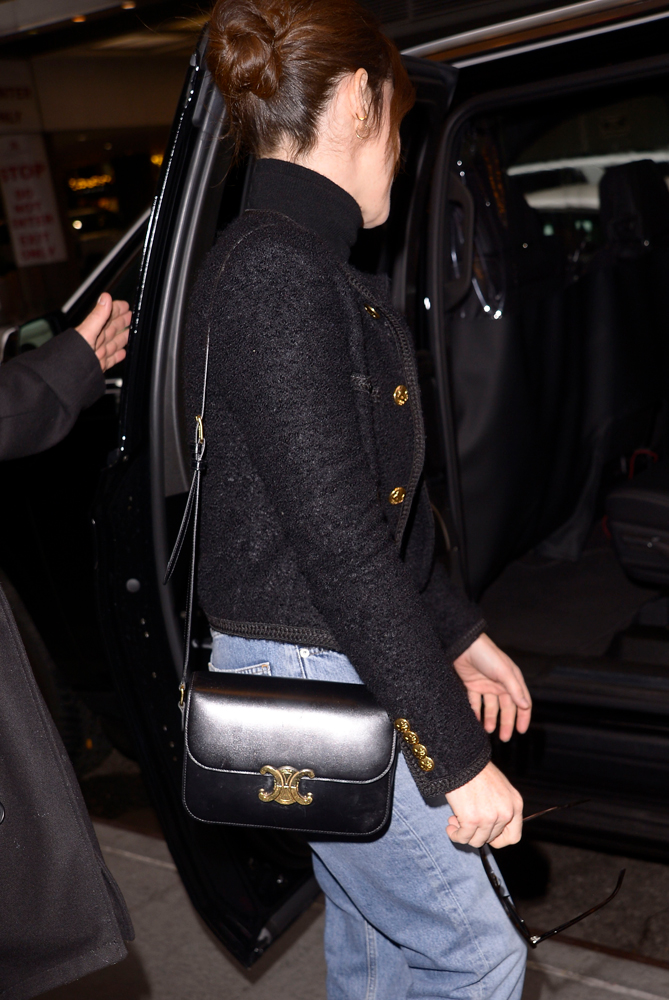 Gabrielle Union’s black leather and fur coat is a serious show stopper, but so is her classic black Birkin. She was snapped heading into the Kelly and Ryan morning show in New York. 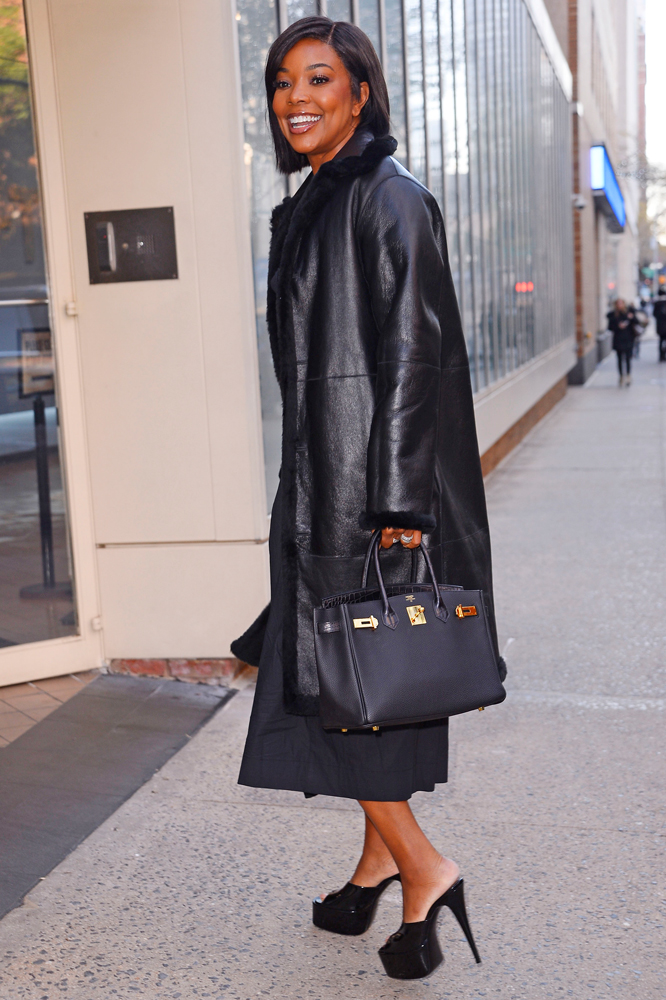 The always gorgeous model-mom Irina Shayk got caught in a wind gust in New York catching a cab. She showed off a classic Kelly bag that looks to be vintage. Thoughts? 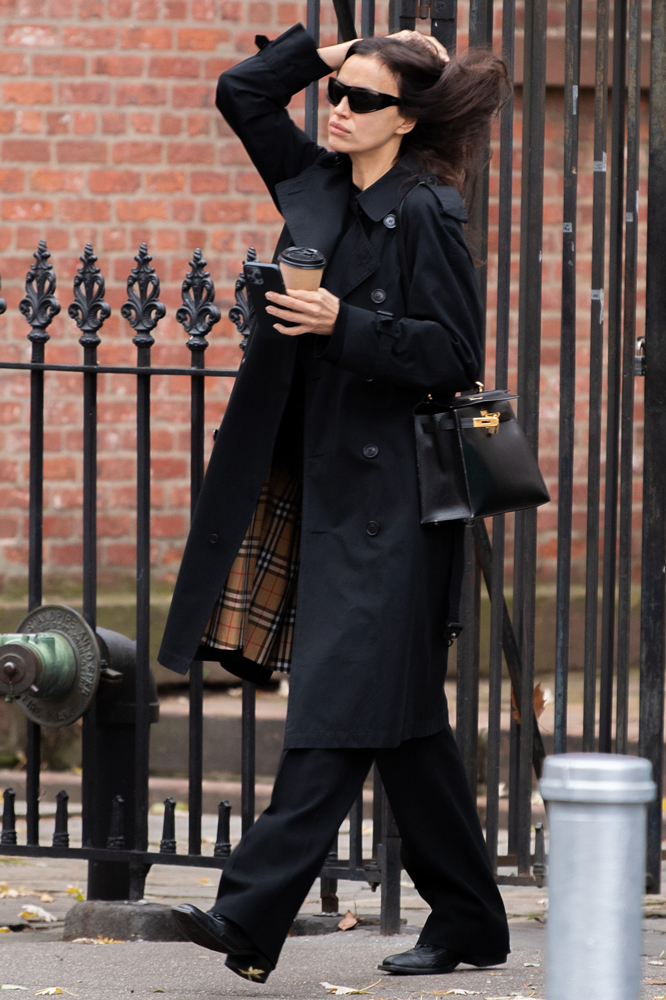 It’s been a while since we checked in with Katherine Heigl, who’s back on our screens for Netflix’s Firefly Lane season 2. The actress was seen arriving at ABC’s The View in a bright, bold ensemble. 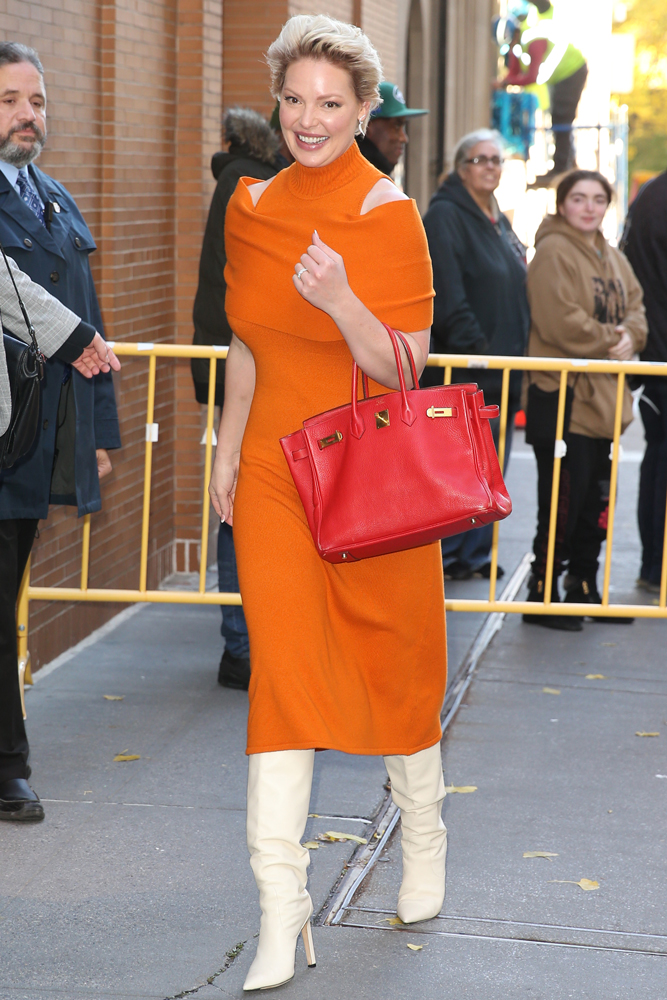 We’ve got another Lacey Chabert sighting this week, and she’s carrying another Gucci Marmont bag! The former Mean Girl was snapped outside of NBC Studios in New York City. 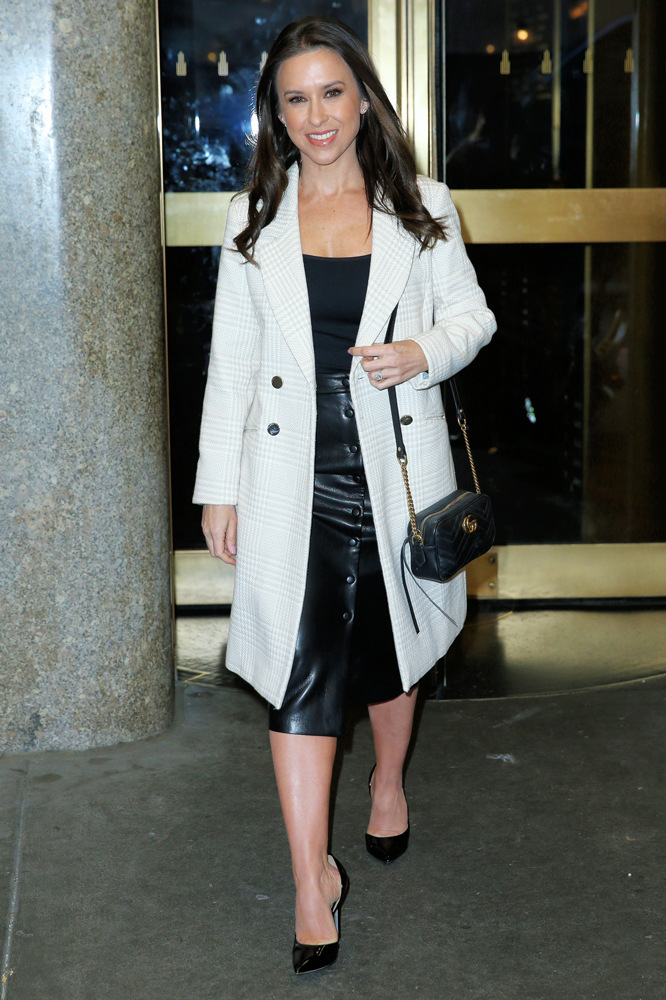 Filming continues on season 2 of And Just Like That, and it seems like the producers are repeating that classic Sex and the City burglary scene. Sarita Choudhury was seen filming a scene where she chased after a thief who stole her Birkin (not a Baguette this time!). 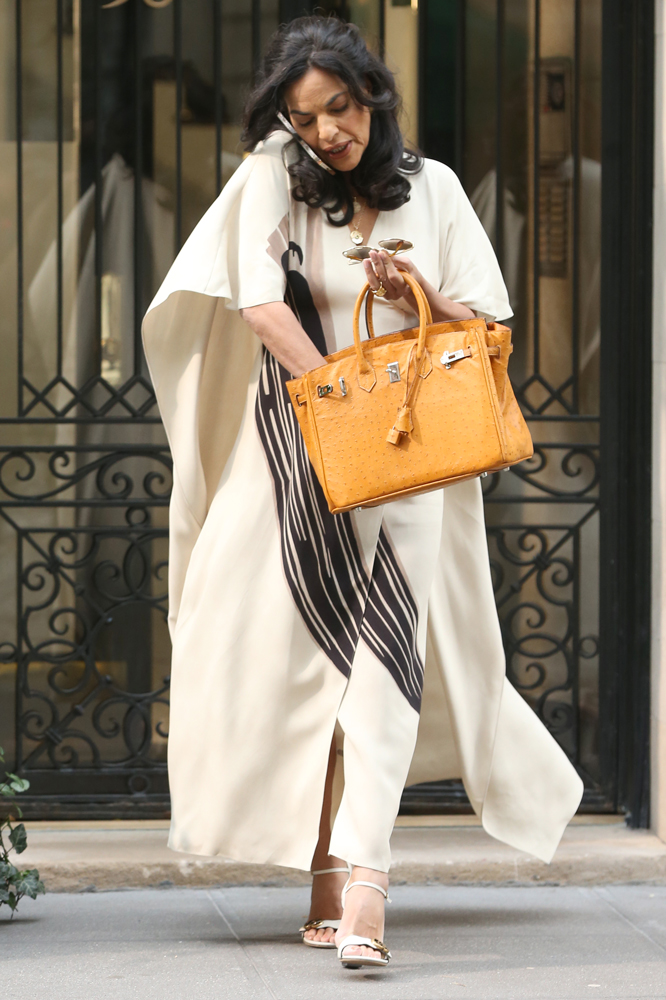 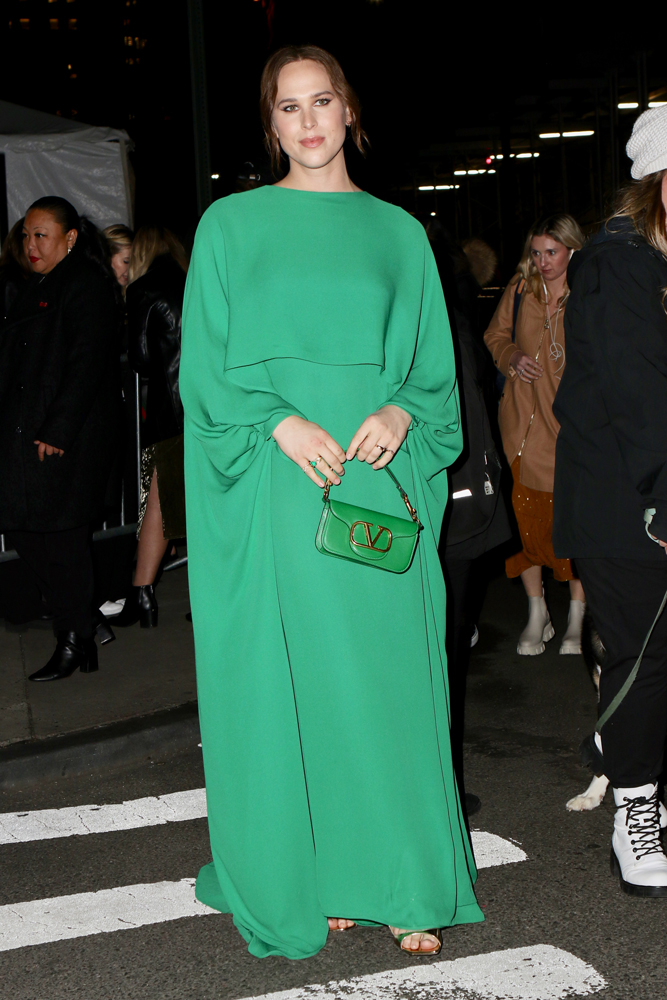