Are Rabbits Mammals? What You Need To Know! 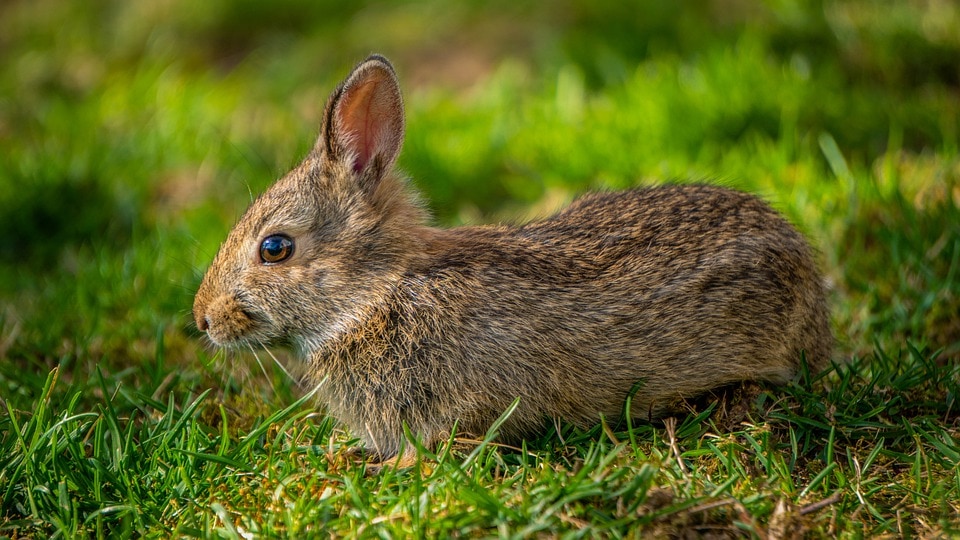 Sometimes, it can be quite difficult to figure out what type of animal any given species is. Different animals within the same class or order might seem to be extremely far removed from each other, even if they’re closely related enough to be a part of the same taxon.

After all, look at bunnies and humans. We’re completely different in just about every way you could imagine. Humans are many times larger than rabbits and we’re not covered in fur like them. We walk on two legs while they hop on four, and we have eyes set in the front of our heads while rabbits’ eyes are on the sides of their heads. Despite these many differences between our two species, both humans and rabbits are classified as mammals.

So, what exactly qualifies as a species as a mammal, and how does this show the similarities between rabbits and other mammals such as humans? We’ll get into that shortly, but first, we need to have a short discussion on animal classifications to make sure we’re speaking the same language.

How Are Animals Classified?

Scientists have a system for classifying animals. This hierarchy contains multiple groups, each of which is known as a taxon. Each taxon contains many different animal species that are related in some key way. As you move down the list, the similarities between species in the same taxon become greater, and the number of species in each taxon gets smaller. The hierarchical list of animal classifications is:

All animals fall into the Kingdom Animalia, which is at the top of the hierarchy. Vertebrates, including humans and most of the animals you’re familiar with, are part of the Phylum Chordata. Mammals are part of the Class Mammalia, though there are many creatures in other classes. Other animal classes include Class Reptilia, Amphibia, Aves, and more.

Rabbits, along with humans, lions, seals, bears, squirrels, and many other vertebrates are mammals, which means they’re part of the Class Mammalia. But what exactly sets a mammal apart from a reptile, bird, or any other class of creature?

Each class of animals has specific traits that its members exhibit. In order for an animal to be grouped into any class, it must meet all the requirements of that class. According to Britannica, some very specific traits must be met to be considered a mammal.

For example, the creature must have hair, except for in the case of whales where they only have hair during the fetal stage. Additionally, mammalian offspring must receive nourishment from milk produced by the mother’s mammary glands. If the females of a species don’t have mammary glands, then they’re not mammals.

Mammals also have a muscular diaphragm to keep the abdominal cavity separate from the heart and lungs, and only the left aortic arch persists. This is different from other animal classes, such as birds, which only have the right aortic arch, or reptiles, amphibians, and fish, which all still have both aortic arches.

Now we have some criteria we can use to determine whether or not rabbits fit into the Class Mammalia or not. The first criteria, hair, is obvious. Everyone is aware that rabbits are covered in a coat of hair.

What about mammary glands? This is essential for an animal to be classified as a mammal, and apparently, rabbits actually have an average of eight mammary glands, which is plenty to make the cut. As it turns out, rabbits also have diaphragms, so they seem to be checking off all the boxes for mammal-hood.

What about red blood cells? Well, just like all other mammals, rabbits’ red blood cells have no nucleus, which means they absolutely qualify for the Class Mammalia. Rabbits are indeed mammals.

Rabbits are part of the Class Mammalia, but what order are they part of? They sort of look like giant rats or chinchillas, does that make them rodents?

While it might not seem like we have all that much in common with little bunny rabbits, the similarities might be deeper than you think. While humans don’t grow fur coats, we do grow hair. Females of both species feed their young with milk produced in mammary glands and have diaphragms to separate the heart and lungs from the abdominal cavity. And if you examine a rabbit’s blood microscopically, you’ll find that just like all other mammals, their red blood cells have no nuclei, which firmly cements them into the Class Mammalia.

Reese Witherspoon's Tip For A "Perfect Summer Body" Is Spot-On

10 Fun Games to Play With Your Dog

7 of the Best End of the World Movies

How Many Australian Pet Owners Have Pet Insurance in 2022?