Are Horses Native to America? The Surprising Answer 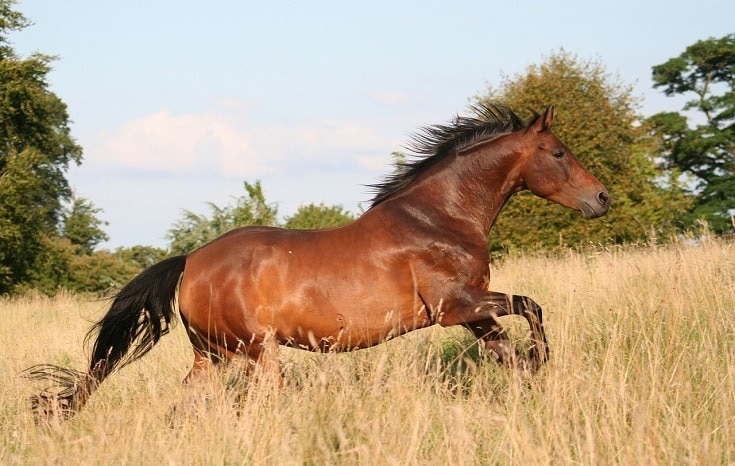 The Evolution of Horses in North America

The first horses evolved in what is now known as North America millions of years ago. Scientists believe these early horses eventually migrated to Asia via the Bering Strait. After that point, it is believed that they proliferated across Asia and eventually came to Europe, Northern Africa, and the Middle East.

But if all of this happened millions of years ago, how can we be sure that horses originated in North America? The answer is in fossils that were found on the continent.

The first ancestral horse family is believed to have originated around 56 million years ago. This period is referred to as the Eocene Epoch. During the Eocene Epoch, a species called Eohippus emerged. These early horse predecessors were hoofed like the horses we are familiar with today, but they were much smaller by comparison at about 5 hands, or about 1.6 feet tall. The horses we know today are 15.2 hands on average, or about 5 feet tall.

The fossils of Eohippus have been found both in Europe and North America, but the connection to modern horses wasn’t always clear because the Eohippus was so different from modern horses. However, the additional fossils of now-extinct horses provided clues to paleontologists about the modern horse’s true evolutionary history.

Orohippus is a genus of early horse ancestors that developed in the late Eocene Epoch. They were similar to the Eohippus in size and structure, but there were distinct dental differences between the species. The Orohippus’s premolars and molars were much more similar in size than those of the Eohippus, which represented evolutionary changes that accommodated a more specialized diet. The dental changes in the Orohippus were subsequently preserved in the species that would become the ancestors of today’s horse.

Mesohippus fossils found in North America are thought to date back to the Oligocene Epoch, which began around 34 million years ago. Though the Mesohippus was still small at 6 hands, this species was much more similar to modern horses than its predecessors. Its brain was larger, its snout was more similar to a muzzle, and its legs were longer than previous species.

The Parahippus, another descendant of the Mesohippus, would become a direct ancestor of modern horses. The Parahippus, having strong teeth and a jaw that was able to move from side to side, had adapted to eat grass. The Parahippus was the direct ancestor of the Merychippus, a species that, at 10 hands, was fairly large in comparison to its ancestors. The Merychippus, in turn, was the ancestor of Pliohippus. The Pliohippus had one toe as opposed to its three-toed ancestors. Its fossils can be found in bedrock from the Pliocene Epoch, which began about 5.3 million years ago.

Finally, Equus evolved from the Pliohippus around 4 million years ago. Horses and other equines such as zebras belong to the genus Equus. There is evidence that suggests that they were all over North and South America during the Pleistocene Epoch, which started around 2.6 million years ago, but that they started to disappear from this part of the world around 10,000 years ago.

Scientists can only speculate as to why these early horses vanished from their homeland of North America, but they believe the introduction of disease—possibly by humans—may have killed many of them off. Whatever the reason, one thing is certain: there were no horses in the Americas by the time the Spanish arrived thousands of years later.

In conclusion, horses are, in fact, native to America. However, several thousand years separate the departure of the last native horses and the arrival of the first domesticated horses. The practice of domesticating horses certainly didn’t begin in America; horses are thought to have first been domesticated in the Eurasian Steppes almost 6,000 years ago. We can thank the Spanish for reintroducing horses to the economy and culture of the Americas.