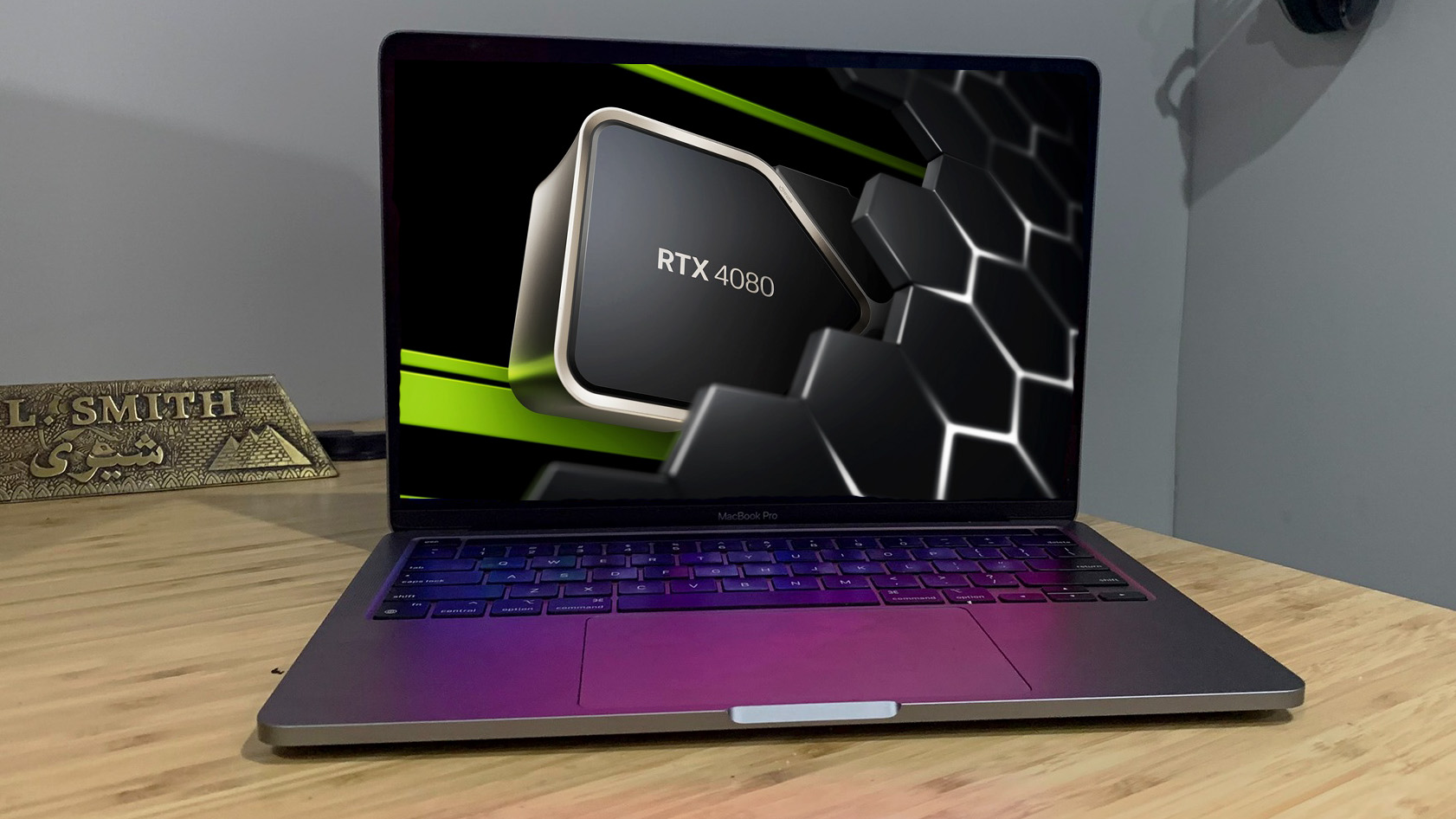 MacBooks are unquestionably among the best laptops available and a number of our staff rely on them daily, but even the most diehard Apple fan would be hard-pressed to defend the gaming prowess of Apple laptops. They turn to a true gaming laptop or desktop to meet those needs.

Given the cost of MacBooks and high-end gaming PCs that turns into a very expensive proposition, but Nvidia may have just solved the problem for would-be MacBook gamers with the latest GeForce Now announcement at CES 2023.

What’s so great about GeForce Now…now?

GeForce Now turns six years old this month, so you’d be forgiven for thinking that there is nothing new here, but the introduction of RTX 4080 SuperPODS, powered by Ada Lovelace GPUs on the GeForce Now Ultimate membership is a game-changer. These servers offer 64 TFLOPs of processing power, which is quite frankly ludicrous. This isn’t just me reading off what Nvidia announced, we had a chance to see it in action at CES 2023 with demos running off less-than-stellar hotel Wi-Fi and it still blew us away.

The performance vastly outstrips previous generations, 1.75x faster than the RTX 3080 powering the equivalent tier last year, which now makes it 5x faster than an Xbox Series X. I’ve used GeForce Now off and on since it was in beta to keep tabs on its progress and this represents a transformative leap over anything I’ve seen from it in the past. I’ve mostly turned to it for games that weren’t dependent on fast twitch reactions, but that caveat looks to be completely out the window with this new iteration.

The Ultimate membership now supports 240fps with Nvidia Reflex, which cuts response time to roughly one-third of what it was previously. If you prefer high-resolution gaming you can play in 4K at 120fps with support for ray tracing and DLSS 3. Nvidia’s AV1 encoding saves bandwidth while delivering impeccable visuals. Once again we got to see this in action at Nvidia’s booth and watching this flip get switched was night and day in terms of graphical fidelity.

Almost anything can harness the power of GeForce Now

I couldn’t resist the opportunity to poke at Apple’s lackluster support for gaming on its laptops, we asked Apple to give a damn about gaming in 2021 and saw little progress in 2022, and on top of that Nvidia did use Apple hardware for some of the GeForce Now demos. However, one of the other major focuses for this GeForce Now update was its expansive support. Nvidia had a full table of devices running GeForce Now that aren’t capable of offering gaming laptop performance on their own.

This included gaming Chromebooks, tablets, smartphones with phone controllers,  and the increasingly crowded category of streaming handhelds like the Logitech G Cloud and Razer Edge 5G. Still no support for the Steam Deck, but that could be coming later in 2023.

Any laptop can be a gaming laptop

While the $20 a month ($16.67/month if you pay for 6 months) might sound steep, if you consider the alternative is potentially spending $1,500 or more for one of the best gaming laptops, the value proposition starts to make a lot more sense. You still get to own whatever laptop you prefer, whether that’s a MacBook or a thin and light 2-in-1 laptop while enjoying all of the power of a massive gaming laptop.

Nvidia is going to be rolling out the 4080 GeForce Now Ultimate experience later this month and we’ll have more of our hands-on impressions in our home gaming environments to share with you, but if it’s anything close to what we saw at CES 2023, this is a very exciting time for cloud gaming.