All About Pet Influencers & How to Become One 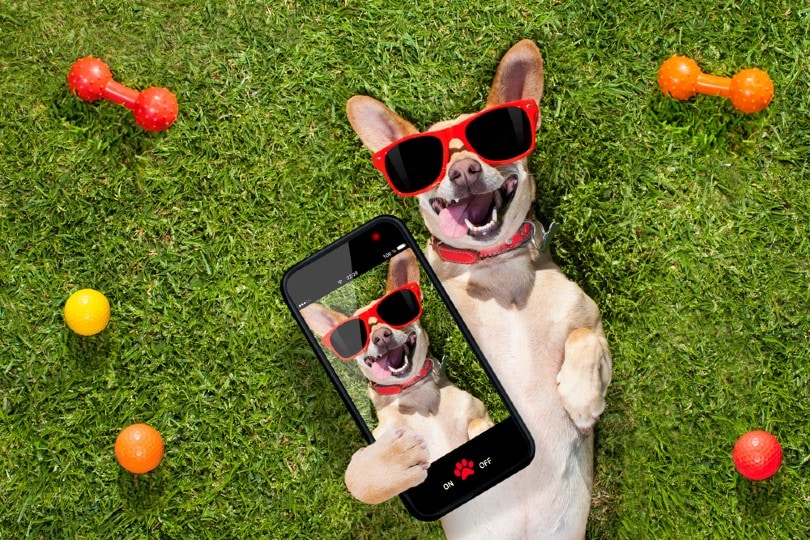 Have you ever taken stock of your scroll feed on Instagram and realized that half your content features animals rather than humans? Pet influencers, also known as petfluencers, are currently making a killing in today’s market, sponsoring everything from food and accessories to life-size animal cutouts and everything in between. But let’s face it, we don’t all own and raise raccoons, hedgehogs, or cats with notoriously grumpy faces. Is there a place in the market for the average orange tabby?

We’ll go over everything you need to know to about the bursting pet influencer market, which pets are on top today, and how you can responsibly market your pet to make a few extra dog bones.

We’re willing to be that the vast majority of social media users follow at least a few famous critters with their accounts, given that an average of one in six pet parents creates an account for their animal. If you’re a pet lover, this comes as no surprise. But if you don’t identify as four-legged in another life, you may be wondering why pet pics seem to make you so happy. Exposure to animals can have immense psychological effects on human beings, raising many of those crucial neurochemicals that increase feelings of happiness like serotonin, oxytocin, endorphins, and dopamine.

While this easily explains the use of emotional support dogs and equine therapy, the phenomenon has more than trickled down into our social media content and marketing, it’s become a waterfall of animal content. Seeing a well-coifed Corgi wearing a bowtie would make anyone smile, especially if you think your own pooch could pull off something like that. It may even make you wonder if you could monetize the adorableness of your own animal (tips on that below).

Not only do people like seeing and being with animals, marketing carried out by pets seems to be less threatening to human consumers. You’ve probably loved the look of a new pet carrier without feeling jealous of the model sitting inside, or admired the sunglasses of a canine who isn’t notorious for political slander. Pet love seems to be simpler, which can translate into more earnings.

Today’s Richest Pet Influencers (and How Much They Make)

Before we get into these cut-throat ratings, let’s break down exactly how a pet influencer gets paid. We’ll focus on payment schemes across social media site Instagram, which has some of the highest numbers of views in pet marketing.

How to Estimate Potential Earnings

In Instagram, it all boils down to the number of followers on your (pet’s) account. A higher follower rating means a higher chance of marketed products being seen by more people.

The price estimates fall into these categories:

These prices are variable based on location and partnerships, but this gives a rough idea of the bacon Fido can bring home. One dog was paid a cool $32,000 for one Twitter post, one Instagram post, and two Facebook posts. While that’s not a typical price tag for pet influencing, it definitely gives you an idea of the potential the industry has.

Compare these numbers to the average human influencer that makes roughly $7,500 for 1+ million followers and you may start to wonder what your own animal—who is likely sleeping as you read this—is doing to put kibble on the table.

This list shows the top five animals that have become fat cats—or dogs, raccoons, hedgehogs, or foxes—thanks to their pet influencing gigs on Instagram. Let’s take a closer look at top-performing pets by species:

@jiffpom: This pint-sized Pomeranian is the ultimate top dog—forgive the pun, but it happens to be 100% accurate when it comes to the rankings. This little guy was born in the Midwest but had his sights set on fame and fortunes, which took him to L.A. He even starred in a Katy Perry video back in 2014. But he’s not just another pretty face, Jiffpom is the is a Guinness World Record holder three times over for being the fastest dog on two paws.

@nala_cat: Nala was an impromptu adoption by a cat owner that had no idea of the power her little kitty would one day wield on the World Wide Web. Nala is the Guinness World Record holder for the cat with the most Instagram followers. She managed to make short work of being published in a book by coming out with her own, along with her own cat food brand, oodles of endorsements, and a few personalized Pop Sockets to boot.

@juniperfoxx: Juniper is a rare fox in that she was born in captivity and descended from fur-farm foxes. She lives with other foxes, dogs, and the occasional squirrel, chinchilla, and other exotic critters that make cameo appearances on Instagram. From pins to t-shirts and books, you can get more than just good feels from this account. Her parent also does a great job of continually reminding followers that fox ownership is not all it’s cracked up to be sometimes (hint: they’re smelly), making sure not to glamourize the ownership of exotic pets.

@mr.pokee: The only antidepressant you’ll ever need is access to this hedgehog’s Instagram account. This German ball of spikes seems to be the happiest mammal on the planet and boasts three times as many followers as Boris Becker, the country’s former top-ranking tennis player. This adorable little handful has it all in terms of merch, from plushies to postcards. Plus, he’s sure to put a smile on your face, as he always has one—tongue out, too.

@pumpkintheracoon: It’s not every day you stumble across a domesticated raccoon that thinks she’s a dog and responds to the name of a vegetable. Pumpkin the raccoon was discovered when she fell from a tree in the backyard of her future pet parents’ house. Her owners nursed her back to health, during which time she became convinced she was one of the dog pack, with canine siblings Toffee and Oreo. She was famous for eating at the dinner table, sleeping in the bathroom sink, and worming her way into the hearts of over one million followers. Sadly, she passed away in 2019, but her legacy lives on online.

Now that you know the highlights of how the biggest earners made their way to the top of the heap, it’s time to try your luck putting your beloved animal at center stage. Whether you’ve already set up an Instagram account for your pet or you’d inspired to get started, here are a few tips that can help you break into this booming industry.

What is the one thing about your animal that tends to have people craning their necks to follow you down the street? Is it your dog’s gait, his smile, his voluminous mane? Perhaps your pet doesn’t go for walks, she’s a reptile with unique colors or just a lopsided tongue that’s constantly sticking out. Whatever that thing is, find it and home in on this distinctive feature. Continue to focus on that in your posts, making it your pet’s “calling card”, which helps them gain recognition amongst a sea of classic puppy dog eyes.

Building your cat cult can be done in a number of ways, but we’ll focus on what we know works. First, engage with your followers. This means liking comments, responding to DMs, and asking your community questions in your posts. Secondly, commit to consistency. This means posting as often as you can and continuing to put good quality content out there. Dependably interesting content will garner a follower more quickly than a one-hit-wonder will. Lastly, only collaborate with brands that fit the image you’re portraying. This means not promoting dog meat on your dog’s Instagram account—this may seem like an obvious example, but you’d be surprised what’s out there.

We all love a little attention, maybe a lot. This includes your pet some of the time, but not always. Make sure you are not capitalizing on your pet at the expense of their well-being.

They can’t do a day-long meet and greet with fans, they aren’t built for that. Remember that most domesticated animals kick back and relax for about half the day, so make sure you’re giving your pet time to rest. Be careful not to increase your pal’s stress levels, which can be in the form of overworking or overexposure to people and/or other animals.

The ABCs of Pet Influencing

There you have it, a rundown of why we love seeing pets so much on social media, who’s who in the world of petfluencing, and the basics of how to start your own pet empire. Don’t be afraid to talk it over with your four-legged business partner—it may be worth a few photoshoot flops until you find that something special you and your pet can take the bank.

How to search open tabs in Firefox