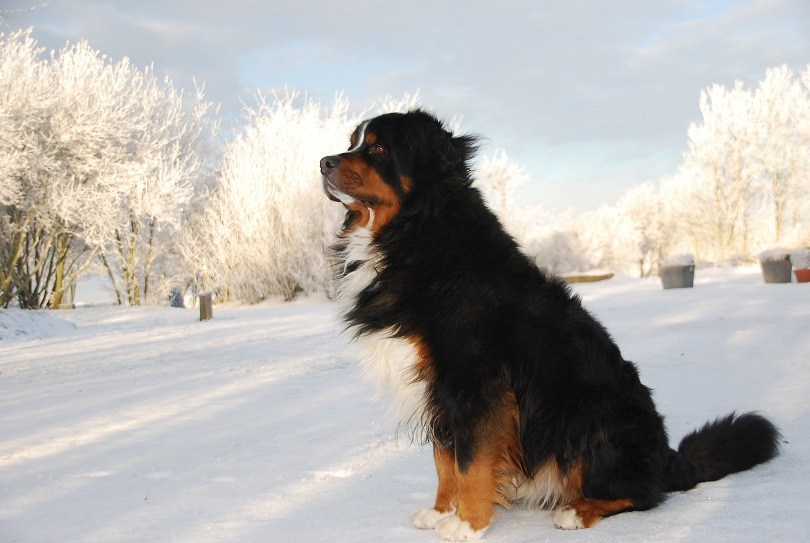 The American Kennel Club recognizes 193 dog breeds, and there are over a hundred more awaiting acceptance. With so many different breeds, it can be challenging to learn them all without a good system for breaking them up into smaller sections. Location of origin can be a great way to divide the breeds up to learn more about them, and we are going to look at Swiss breeds to see what similarities and differences there are between dogs from this part of the world. For each entry, we’ve included a picture of what they look like and a short description telling you a little about them so you can see if they are right for your home.

The Swiss Hound is a hunting dog that enjoys chasing the fox, rabbit, deer, and even wild boar. It’s an ancient breed brought back to Switzerland by the mercenaries. It’s available in four colors black, tan, blue, and orange, and they move quickly with an easy coordinated gait. These dogs are confident and passionate about the hunt. It makes an excellent watchdog and a great family pet.

The Small Swiss Hound is a little smaller than the standard swiss hound, as you might have guessed by the name. It rarely stands taller than 15 inches, and like the Swiss Hound, it has four colors and coats. It’s a fast-moving dog with a great sense of smell, and it will often forget what it’s doing when it picks up a scent.

The Greater Swiss Mountain Dog is a large bred that may look imposing but is quite friendly. It enjoys being near humans and will often sit at your feet. It’s alert and fearless, so it makes a great watchdog, but it remains relatively calm in the face of danger and other dogs. It doesn’t live as long as many other brees due to its massive size but has relatively few health problems.

Saint Bernards are another giant dog breed that can often weigh more than 150 pounds. It’s extremely muscular and can pull carts and Is often used in rescue missions on the snowy mountains due to its ability to pull a stretcher. It’s also friendly and intelligent enough to help find victims and make them feel more at ease.

The Bernese Mountain Dog is a large breed from the Swiss mountains with a thick double coat, capable of withstanding cold temperatures. It’s a sweet breed that enjoys spending time with its owner and likes to play and go for walks. Children usually enjoy playing with them due to their fuzzy appearance, and it has plenty of patience for rough play and hair-pulling. It’s strong enough for pulling carts and fast enough to catch the small game in your yard or barn.

The Entlebucher Mountain Dog is smaller than many of the other breeds on this list. This dog usually weighs less than 65 pounds with a smooth coat that’s close to the body. It’s slightly suspicious of strangers but is loving and friendly toward its family members. Inbreeding is the cause of common genetic problems like hip dysplasia and hemolytic anemia.

The Appenzeller Sennenhund is a medium-sized dog that usually weighs less than 70 pounds. It was originally a cattle herding dog, and it still works on plenty of farms, but in America, it makes a fantastic house pet that gets along well with other pets and children. It’s a calm dog that is not easily intimidated, and it likes to jump high into the air and tackle obstacle courses.

The White Swiss Shepherd is a close relative of the White German Shepherd. The white Sheppherd is a disqualifying color in Germany, but it’s perfectly suited to this new breed. Breeders imported these dogs to Switzerland in 1966, and breeders created the final version we have today. It’s a friendly breed that likes to spend a lot of time alone standing guard or patrolling the perimeter. It’s a great guard dog that doesn’t do a lot of barking. Thanks to the expert Swiss breeding, these dogs have few health problems and one of the longest lifespans on this list.

Most of the dogs on this list are quite large, so most experts recommend gaining some experience with smaller breeds first. However, any dog on this list would make a great family dog, and they are all well suited to cold climates. The Small Swiss Hound and Appenzeller Sennenhound are our recommended starting points, but if you are ready for a large breed, Saint Bernards are one of the most loving and friendly breeds you can get.

3 Bob Hairstyles For Thick Hair That Are Perfect For Summer