5 Top Places to Shoot in Kolkata, a 400-Year-Old Indian City 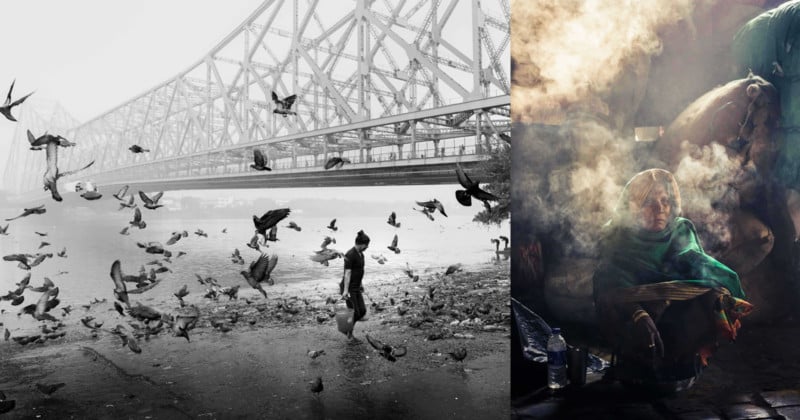 Since time immemorial, the majority of street photographers among us chase a singular objective when they walk out with their cameras: chaos. There are, of course, exceptions to this generalization. But the most happening places mostly always give us the maximum to work with.

Kolkata, a city off the Eastern coast of India, is a place that was the capital of India between 1772 and 1911 during British rule. The proximity to the Indian Ocean, fertile lands, and easy access to Eastern Asia through the legendary ‘Silk Route’ in Bengal is what made Kolkata the fulcrum of the British trade machinery. Being the mixture of sugar-and-spice-and-everything-nice it was, Kolkata was home to people from all over the planet.

People from Persia, Central Asia, and of course, England, had made Kolkata a unique blend of cultures and cuisine that is hard to find anywhere in the world. You should not be surprised if you find a two-hundred-year-old sweet shop while walking through a narrow North Kolkata alleyway, and neither should you be surprised when a passerby tells you that the rickety house standing just beside a modern-day skyscraper, was a place where the pioneer of Indian Independence Movement, Subhash Chandra Bose made his residence.

The most astonishing part of this story would be to tell you that a large percentage of the four-hundred-year-old history of Kolkata is still preserved for all to see. Here are the top five spots where you must visit if you ever have the opportunity to explore this age-old city.

Starting extreme North, a walk through the banks of the Ganges will take you to Kumortuli, which literally translates to ’The Potter’s Brush’.

During British rule, Lt Holwell, under directions from the British East India Company, allocated sections of North Kolkata to workers from different sectors of the society. The Kumortuli was a place that was home to the many pottery workers, who fashioned idols from the mud found by the banks of Ganga. Presently, the pottery workers at Kumortuli manufacture and export hundreds of thousands of idols for the famous ‘Durga Puja’ as well as several other Bengali occasions scattered throughout the year. A short stroll through the narrow alleys of Kumortuli will show you the incredible artistry the people here have developed over hundreds of years. 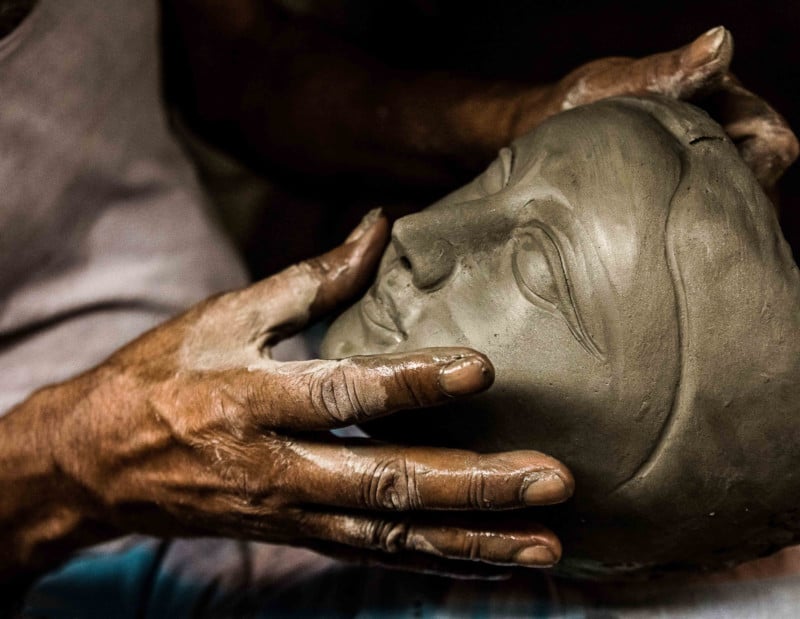 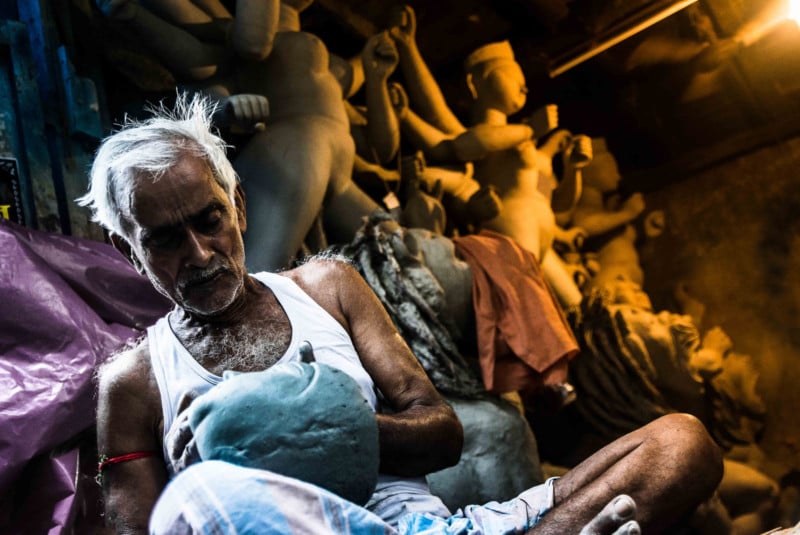 Coming out of Kumortuli, heading towards Central Avenue will get you to a place that is one of the oldest localities of the city. The Vivekananda Road and Kali Krishna Tagore Street will lead you to a square that looks like it has endured hundreds of years of traffic passing through it, because it really has. The streets here still abound in hand-drawn rickshaws, and traveling in them will give you an experience quite common to the 1800s. The road takes a left turn underneath the Howrah Bridge, which is again an incredible place to take photographs. The winter mornings at this dark corner of the city are a joy to behold, with incredible side-light streaming from the East. There are images to be taken everywhere. 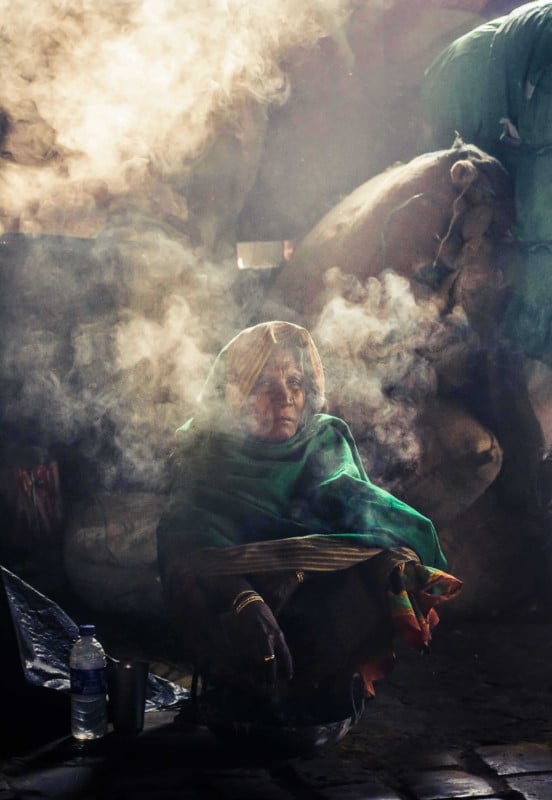 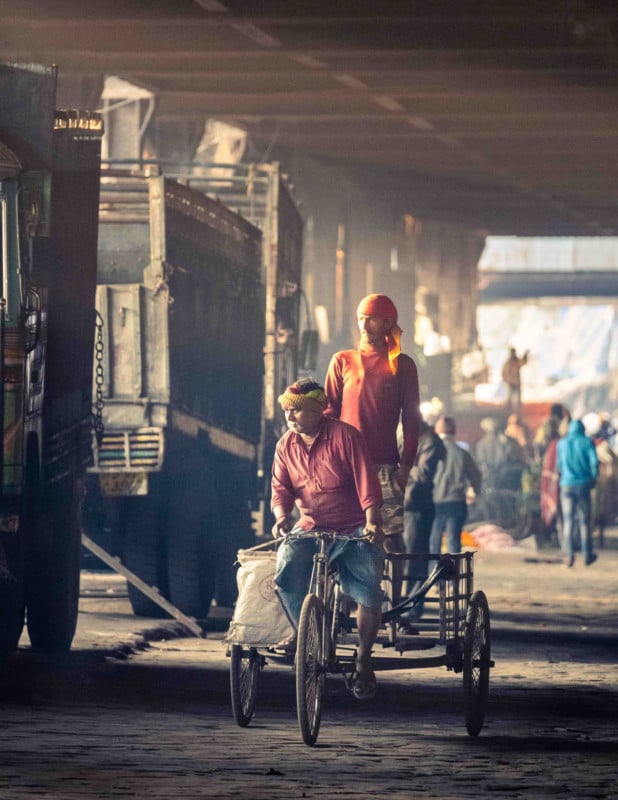 Heading straight underneath the Howrah Bridge will get you to the Armenian Ghat. It is said that during British rule, the Armenians contributed quite a lot to the growth and prosperity of Kolkata. This ancient ‘Ghat’ by the Ganges was built by Manvel Hazaar Maliyan in 1734. This ghat’s actual purpose was to facilitate the docking of merchant ships, and this exact infrastructure has withheld the test of time. The modern-day Armenian ghat is home to fifty or so people who are mostly workers or priests from the local temples. The place is also in close proximity to a huge and bustling flower market that houses any and all flowers that you can possibly think of.

A short walk from here will get you to the biggest market in the city: Burrabazaar. Climb a little higher in any of the buildings around, and that will give you a panoramic view of the legendary Howrah bridge. 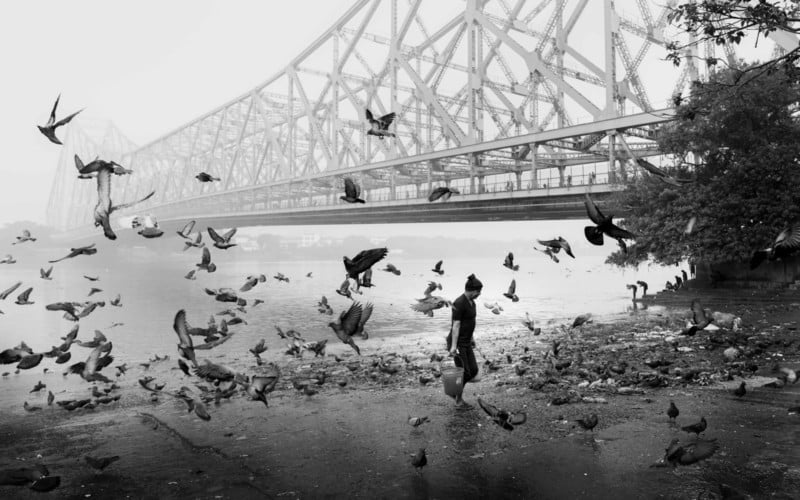 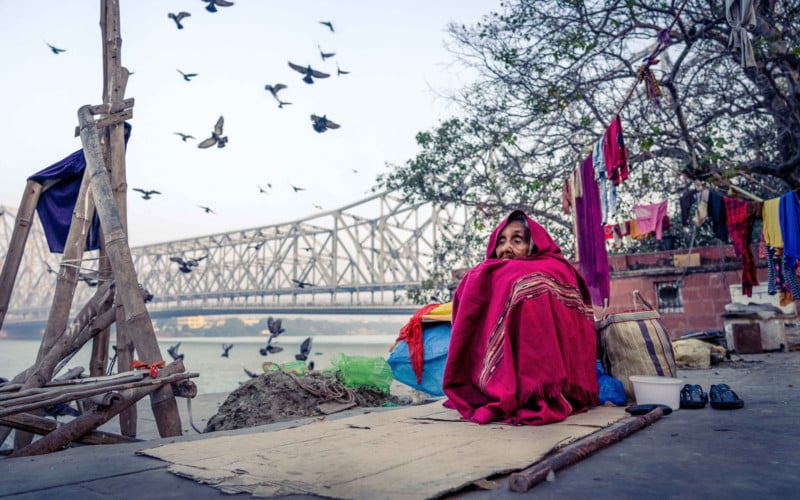 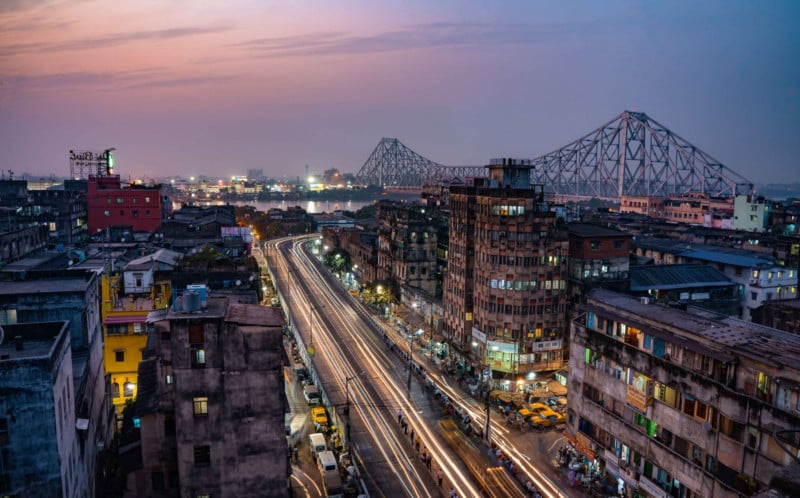 Crossing central Kolkata will get you to a huge open field that looks like it never ends. With a healthy population of large trees and plenty of open space, ‘Maidan’ is known as the lungs of Kolkata. The Indian Army’s fortress, Fort Williams, lies underneath this huge field, away from the public eye. At any point of the day, you will find people from all over the city at this juncture, some playing soccer, others cricket, and some having a cup of tea, away from the humdrum of the city. Winter mornings here completely change the look and feel of the place. Dense fog makes it impossible to see even a few feet ahead, but this in turn gives plenty of atmosphere to shoot images lit with the soft warm rays of the rising sun. 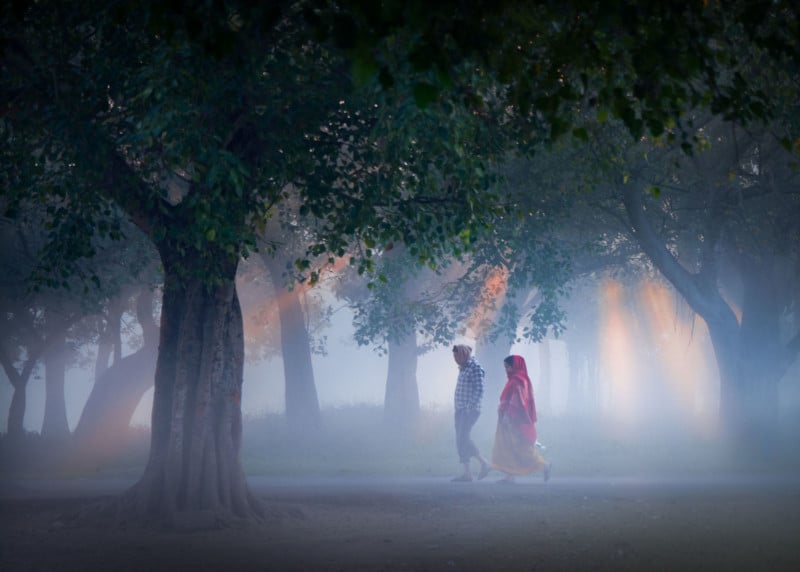 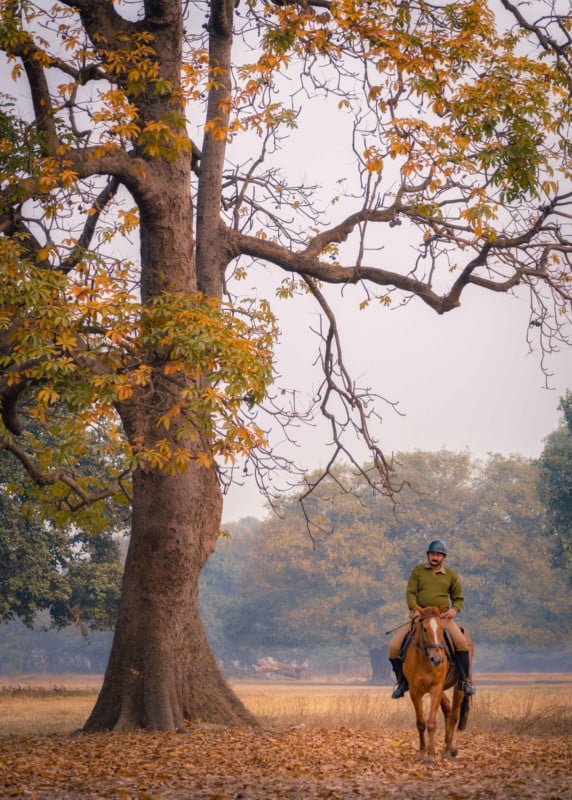 Just behind Maidan, you will find the crown jewel of Kolkata, Victoria Memorial. Akin to its namesake, this heritage building was built as a memorial to Queen Victoria by Lord Curzon in the year of 1906. This huge central building houses a museum that exhibits guns, bullets, and canons that were used during the First and the Second World Wars, along with other artifacts. For the photographer, the sprawling campus, along with the flower gardens and excellent planned construction, presents lots of opportunities to take photographs. 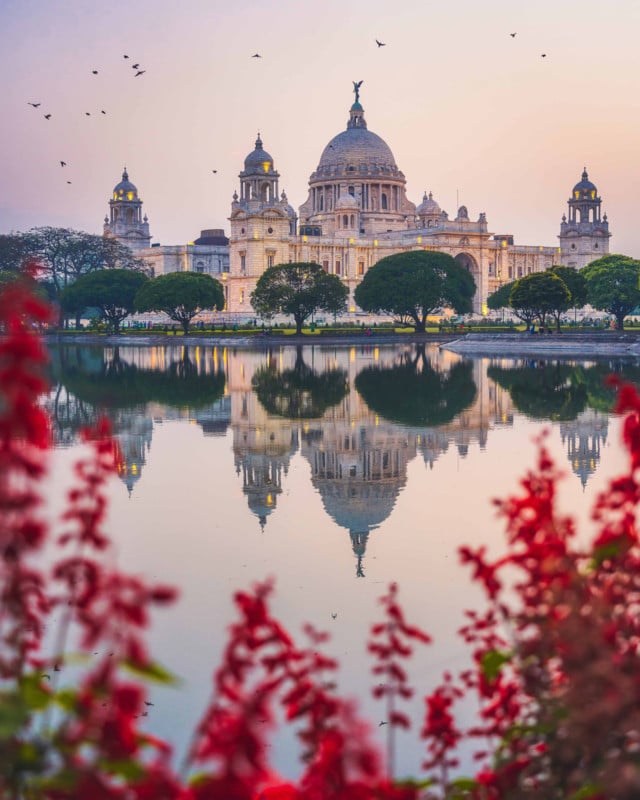 Apart from these five, there are quite literally a hundred or so places in Kolkata where you can find old Persian guesthouses, authentic Chinese breakfast, or old temples that house idols decorated in pure gold: the list goes on.

While you walk in these centuries-old streets, you will find a friendly and welcoming city underneath all the layers of history, with people willing to help you out at a moment’s notice, or strangers striking up conversations with you out of nowhere.

This is the place that I call home.

About the author: Ranit Dholey is a landscape and street photographer based in Kolkata, West Bengal, India. The opinions expressed in this article are solely those of the author. You can find more of Dholey’s work on his website, Facebook, and Instagram. This article was also published here.

Cast, Plot, Trailer & How To Watch